Ohioans Speak Out: What People Said At Redistricting Hearings The Ohio Redistricting Commission heard from thousands of Ohioans. Some have written or called lawmakers. And hundreds have shown up at more than a dozen public hearings to make their voices heard. Some showed up at more than one hearing. And many spoke their mind when it was their turn to address the five Republicans and two Democrats who sit on the Ohio Redistricting Commission.

They came from all over Ohio in large numbers…people like Daniel Suvak and Christos Iano.

“Good thing you gave us late notice or you might have had to rent out FirstEnergy Stadium,” Suvak said.

“Lots of people have shown up here but commission members aren’t and that pisses me off,” Iano said. 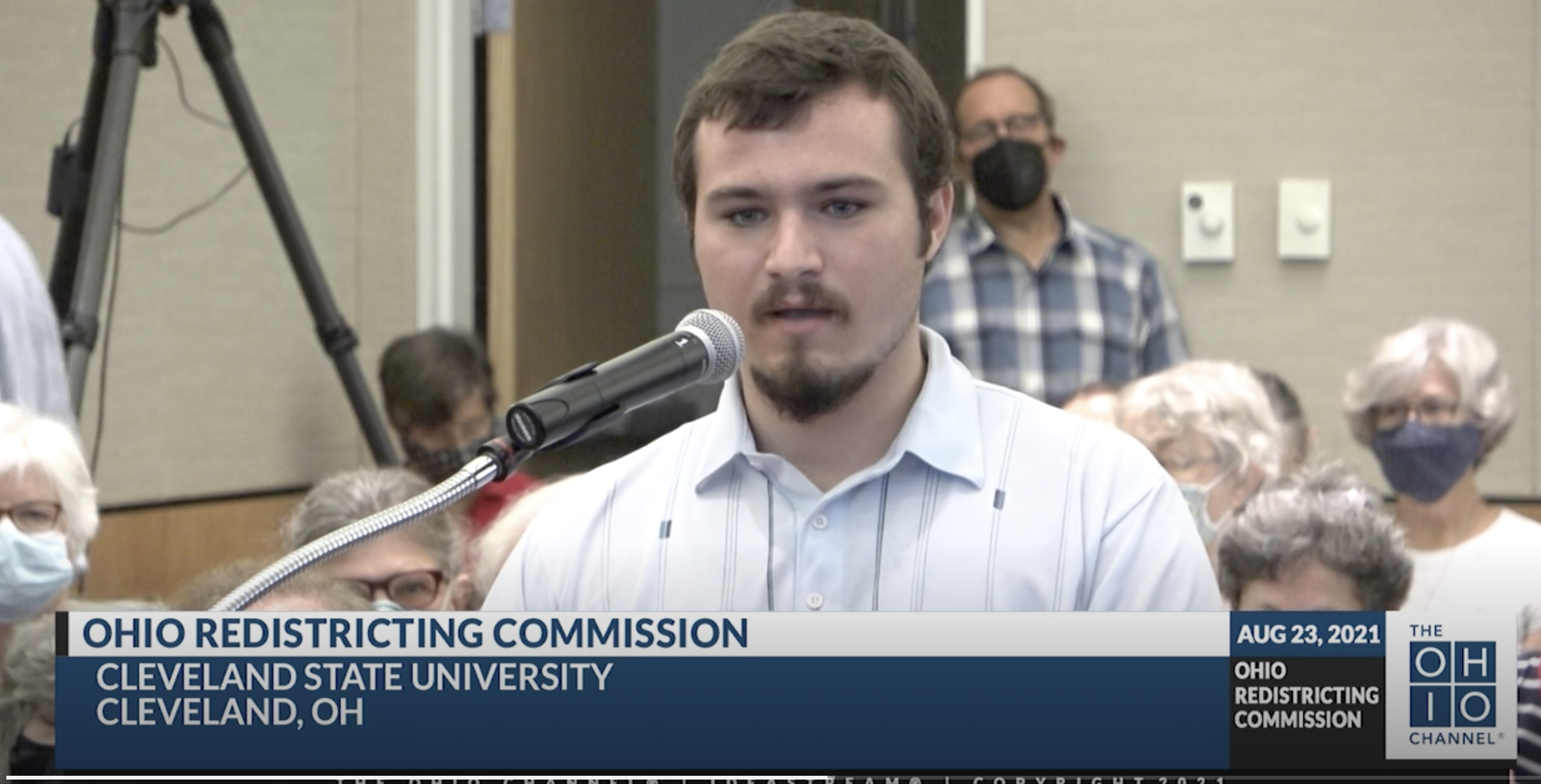 “Republicans dominate. Republicans need to be represented by what they have earned,” Hach said. 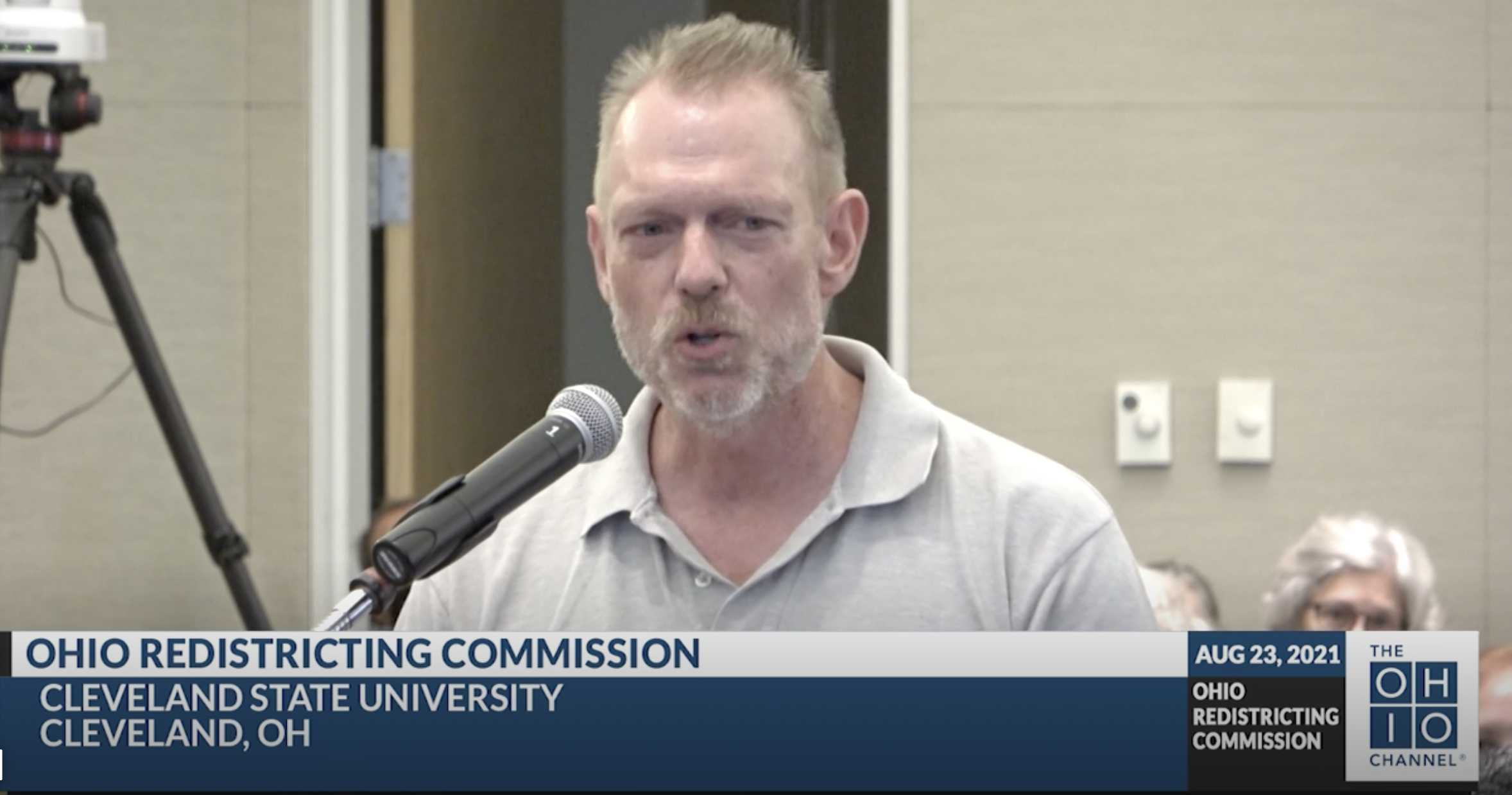 But most of those who testified disagreed, such as George Bohan III and Carrie Coisman

“We are not picking between a fair process and a fair map. We voted for both, not one or the other,” Coisman said.

Some minced no words about the maps they’ve been seeing so far. Here are Andrea Jagoda, Mindy Hedges and Connie Sheets.

“There are no excuses. We are tired. You are not going to silence me for the next 10 years,” Jagoda said.

“This is not the kind of government you want to hand down to your children or grandchildren,” Hedges said.

“Private citizens put together better maps than you did so either you guys don’t want to put together good maps or you are incompetent,” Sheets said. 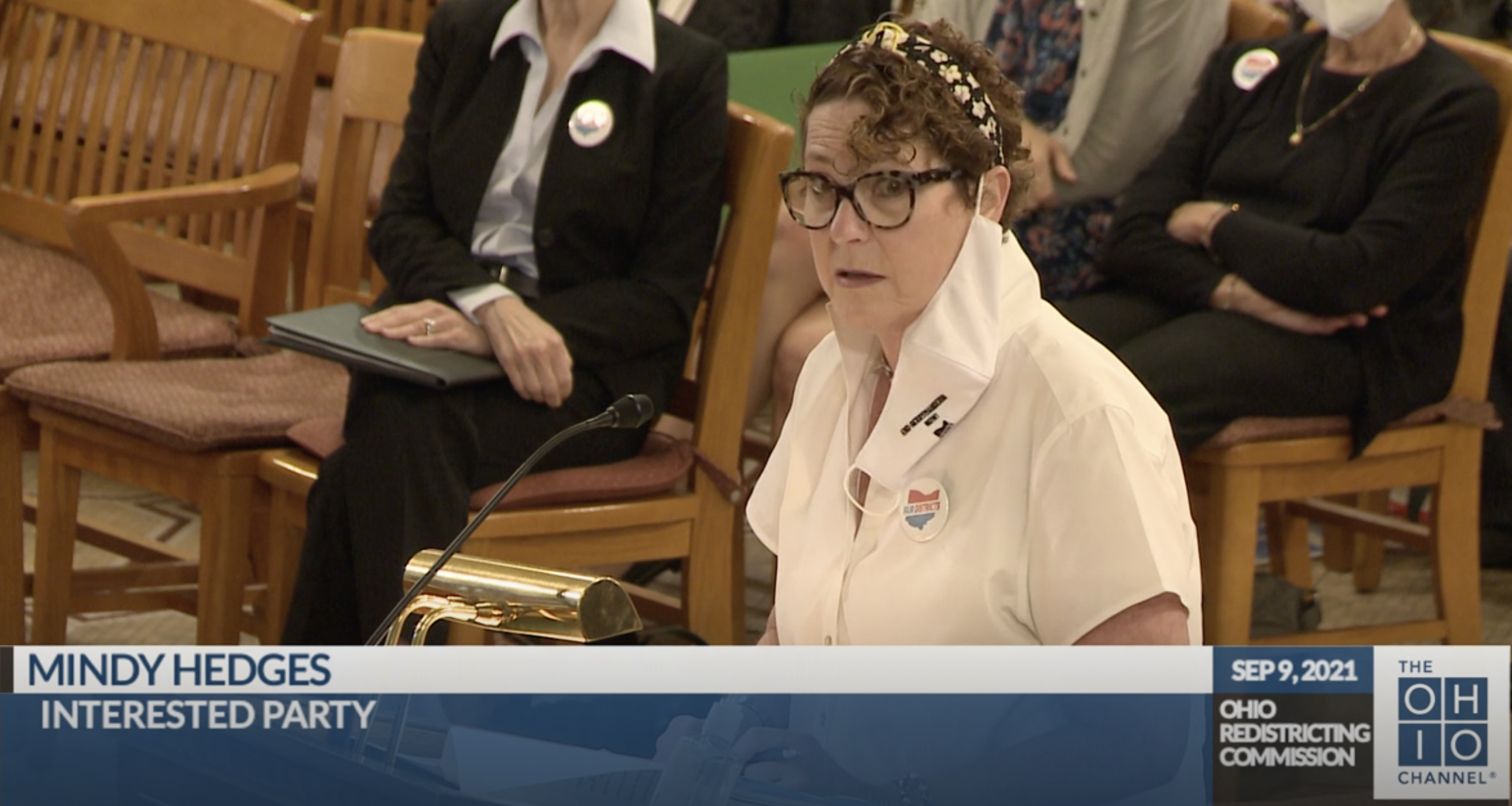 Mindy Hedges, Radnor, testifies in front of Ohio Redistricting Commission at the Ohio Statehouse on September 9, 2021 [The Ohio Channel]

Reginald Williams, Erika White and Derrick Holmes were among those who spoke out for minorities and low income Ohioans whose voices, they say, are silenced by gerrymandering.

“I ask that you to pay attention and make it your business to see the unseen,” Williams said.

“We are weary but we ain’t tired,” White said.

“Doing what is fair is not an act of favoritism. Rather it the radical act of just doing what is right,” Holmes said. 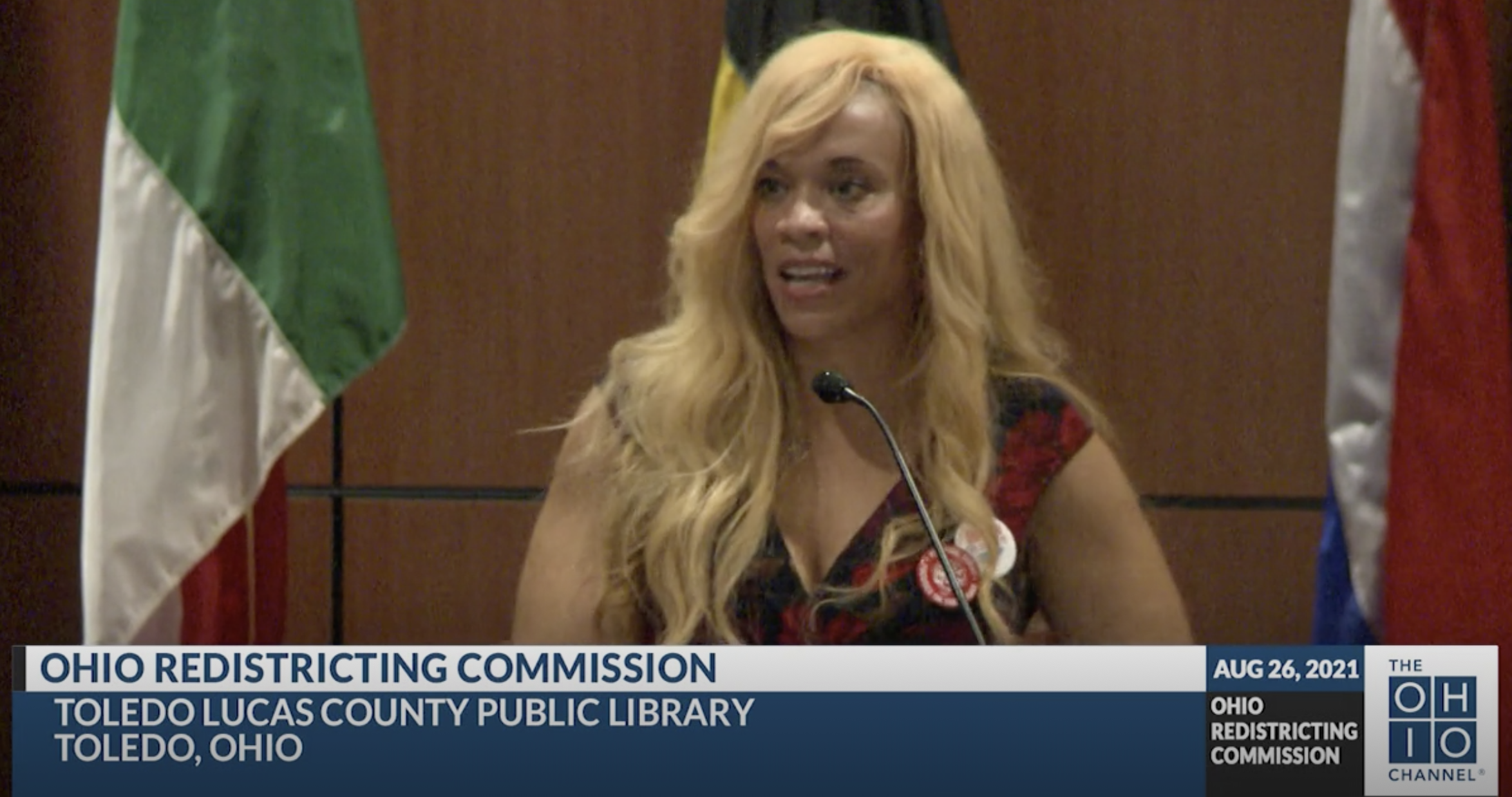 Some moms with gay adult children spoke out against gerrymandering too - including Sue Dyke and Carolyn Hardin Levine.

“You sent my kids away. They’re not coming back. This is why I’m mad. Politicians have made it uninhabitable for young people,” Dyke said.

“I am the mother of five children and three have left the state -one because he is gay and does not feel safe here,” Hardin Levine said.

“It sends a signal to anyone who lives here, graduates college that they should leave. It doesn’t bring good people and good jobs to Ohio because why? No one wants to live here," Gnau said.

And Kristi Hadigigeorge, a young Ohioan, says she feels trapped, without a voice in Ohio’s politics.

“I feel stuck here because you guys don’t represent my people. And you don’t give a shit. You don’t care,” Hadigigeorge said.

But some who spoke, like Susan Cavanaugh, warned the commission if they approve gerrymandered maps, voters like her will take action.

“My hope at this point is there are already people working on the new constitutional amendment that will remove the responsibility of redistricting from the governor, the legislature, elected officials, politicians, lobbyists and political parties. It’s time to end government of the politicians, by the politicians, for the politicians," Cavanaugh said.

The Ohio Redistricting Commission is expected to adopt legislative maps for the state's House and Senate districts later today. If the maps don't have support from the Democrats on the panel, the district lines would only be good for four years. If the maps gain bipartisan support, the maps will be in place for a decade.

LaRose, Faber Talking With Democrats On Possible Deal For...